“The Polka King” – Movie about my life

Based on the remarkable true story of the world’s only known Polka Ponzi scheme, this mix of comedy and tragedy is about Jan Lewan, a polish immigrant who believed in the American Dream. But with big dreams came big mistakes for the man who became the “King of Pennsylvania Polka.”

A very special note for me. I got this from Jack 😉 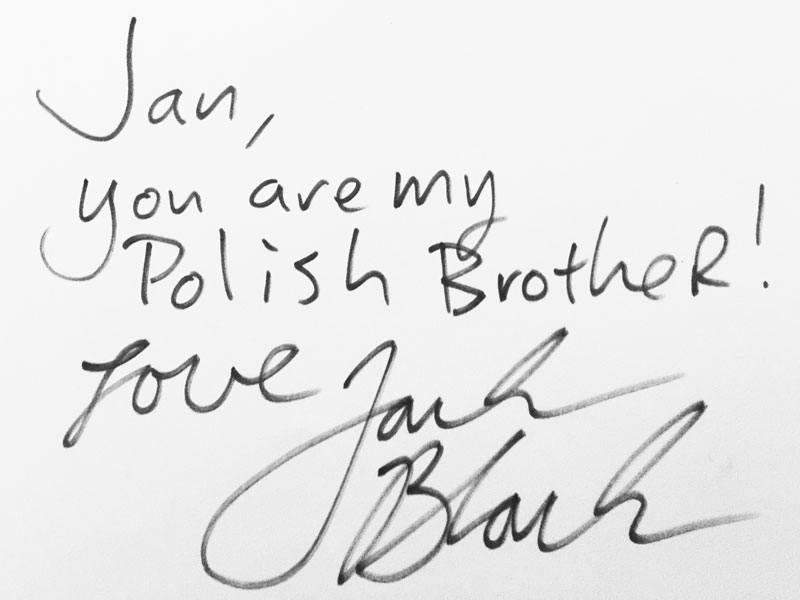 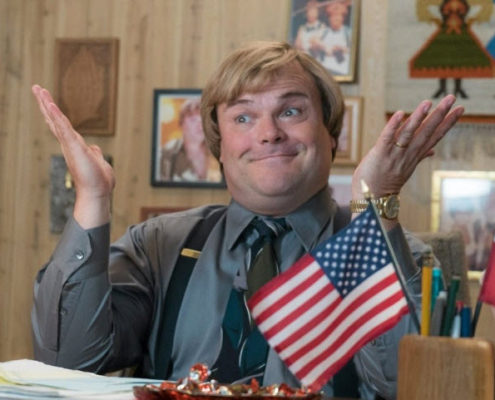 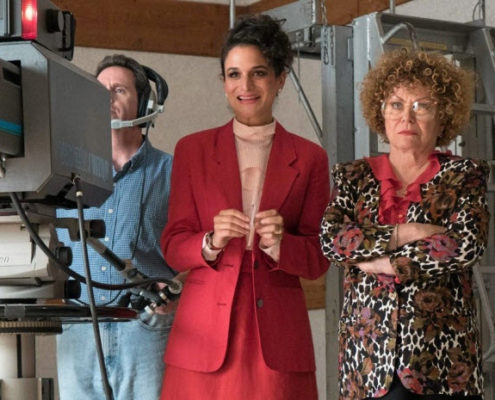 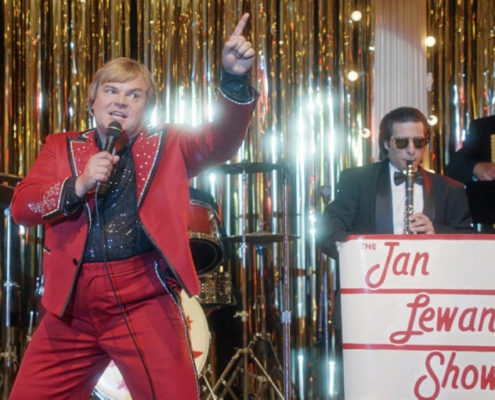 Few words from me before and after i wached the movie for the first time. 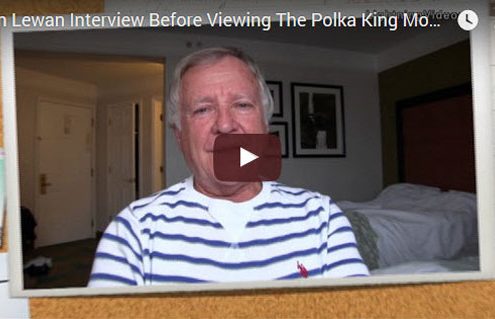 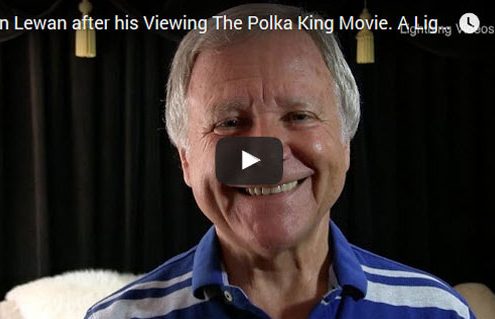 Here again what I would like to share with my friends around the world is my experience of being invited to be on the set for shooting scenes for “The Polka King” in Rhode Island.   I was able to bring with me my family and friends as audience extras on that incredible sunny summer day. When we arrived at the place I heard myself singing outside only to realize that it was actually Jack Black filming a picnic scene. Having already developed a friendship with Jack, I didn’t hesitate to grab his hand and bring him over to introduce to my best friends and family. Now enjoy the exciting moments with Jack Black and my friends and family from the day in pictures.

After that we went indoors for the shooting of the ballroom scene with hundreds of people as audience extras. I was sitting on the director’s chair watching the monitors. The picture on the screen suddenly became fuzzy as tears filled my eyes when Jack Black walked on the stage wearing my costume full of Swarovski rhinestones. My original ‘Jan Lewan Orchestra’ music stands were there too!

As Jack Black held my signature handkerchief in his hand, he called out into the microphone, “Is Jan in the house?”   Realizing I was there, he invited me onto the stage to show him how to do the handkerchief toss. By surprise of many when I walked on the stage I received a standing ovation. This really made me feel part of the movie. I did what I used to do, “Zygy, Zagi, Zygy, Zagi, Hoi, Hoi, Hoi” and the handkerchief went flying. Can you image how proud I was that my family and friends witnessed that moment.

In the audience extras were my friends and family including my lifetime friend and cameraman John Koterba whose work in filming me over the years was a tremendous help in making the movie possible.   In tribute to John, his character in the movie is played by Director Wallace Wolodarsky.

A few minutes later announcements came that RollingStone magazine included “The Polka King” movie as one of the must-see titles at the prestigious 2017 Sundance Film Festival at Park City, Utah.

Again, my friends and family get-together and travel with me to Salt Lake City for the world premiere of “The Polka King” movie at the Eccles Theater. When I was called to walk on the red carpet, I invited my ex-wife Rhonda to join me. Hundreds of photographers were taking photos of our every move. We came away smiling and excited.

Here I would like to say thank you to my longtime friends Michal Pszczola for my website design and production, DJ Bobby Zampetti for helping to write the storylines for my website exclusively dedicated to promoting The Polka King Movie. Visit: http://thepolkakingmovie.com

Finally, the biggest thank you of all from the bottom of my heart goes to the entire cast and crew of “The Polka King” movie

Here we are excitedly sitting in the first row not knowing what we are going to see on the big screen. I have to admit that I was quite nervous waiting for the movie to start knowing that I would be seeing my ups and downs, mistakes after mistakes, good and bad, right from wrong, and the glory of survival.   When the movie ended the whole entire cast appeared on stage answering questions from the audience.   Everyone was surprised when one member out of the 1600 people in the audience asked, “Is Jan Lewan here tonight. Can he sing a song?”   Jack Black motioned to me and without hesitation I jumped up on the stage.

Until today, I know that I was proud of myself that I put the icing on the cake for that premiere ceremony by spontaneously performing “Rapping Polka” with Jack Black. 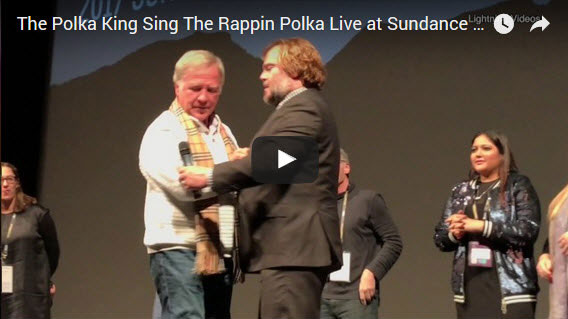 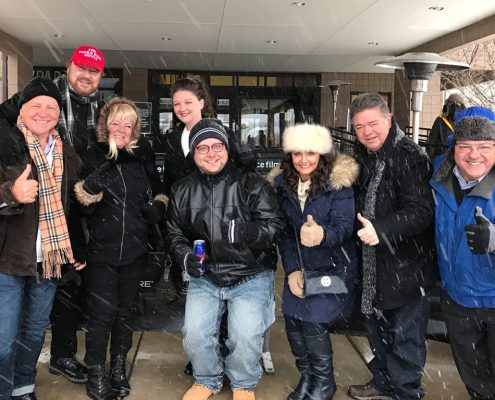 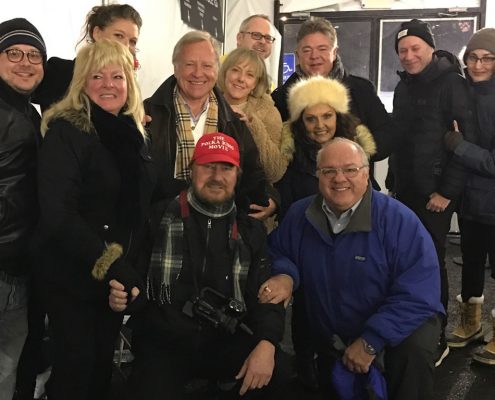 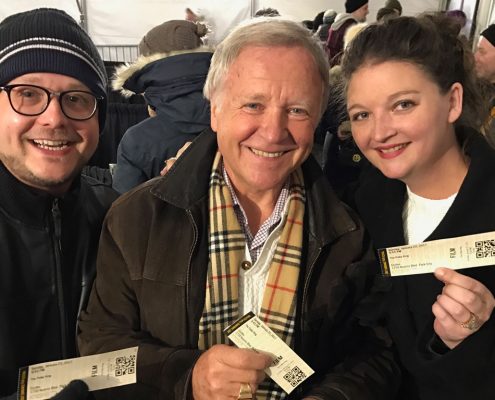 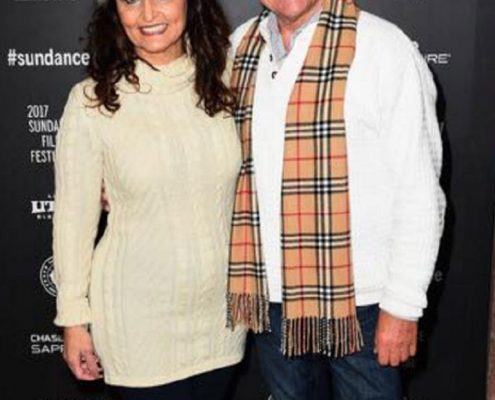 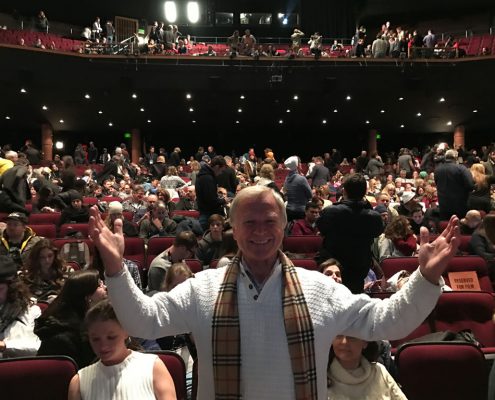 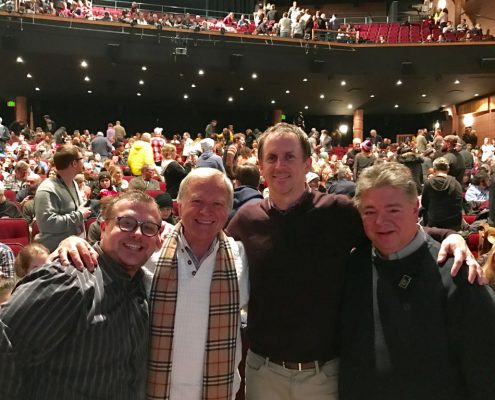 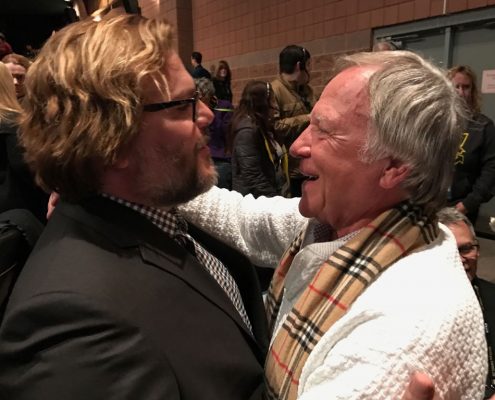 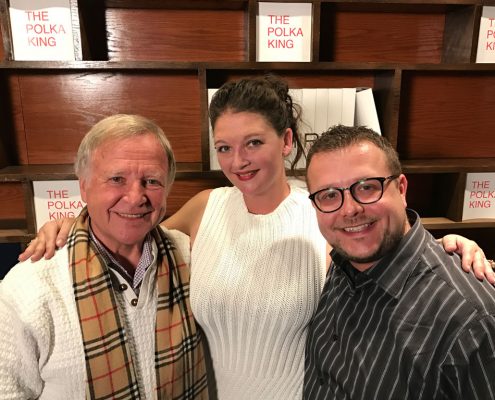 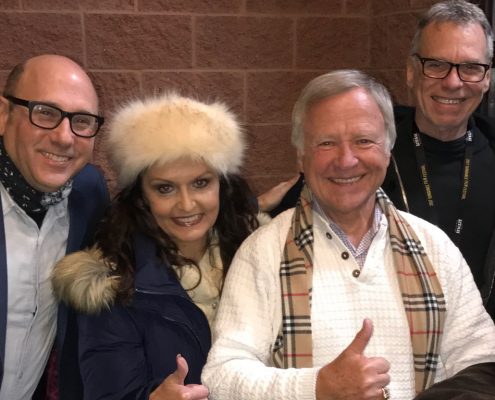 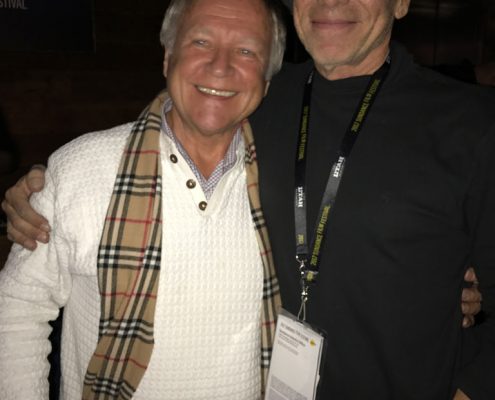 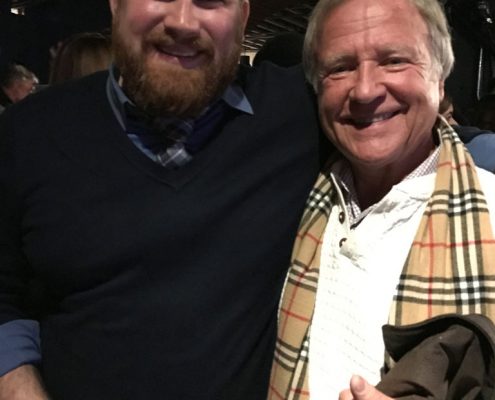 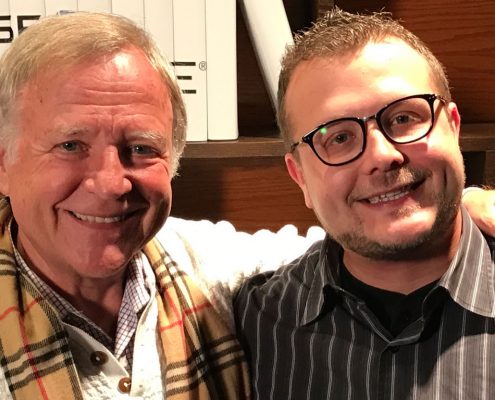 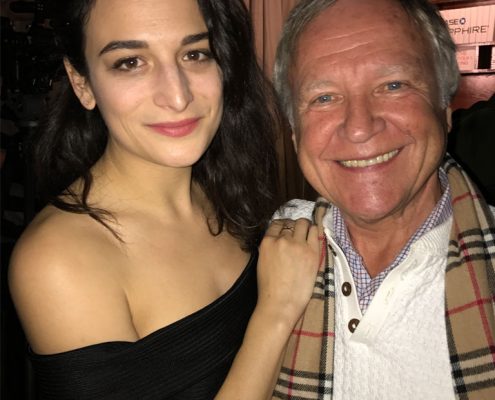 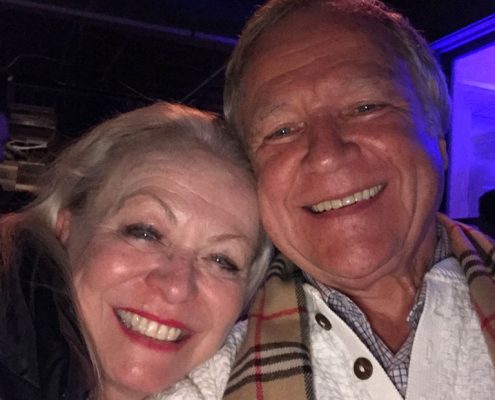 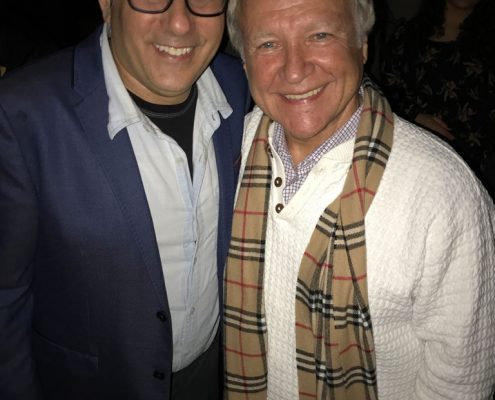